In 2019, we continued to act as art directors for the Present Perfect Festival, organized in collaboration with 2A Production and Roots United. Held each summer at the former Sevkabel cable factory in St. Petersburg, Present Perfect is the most influential electronic music festival in Russia. 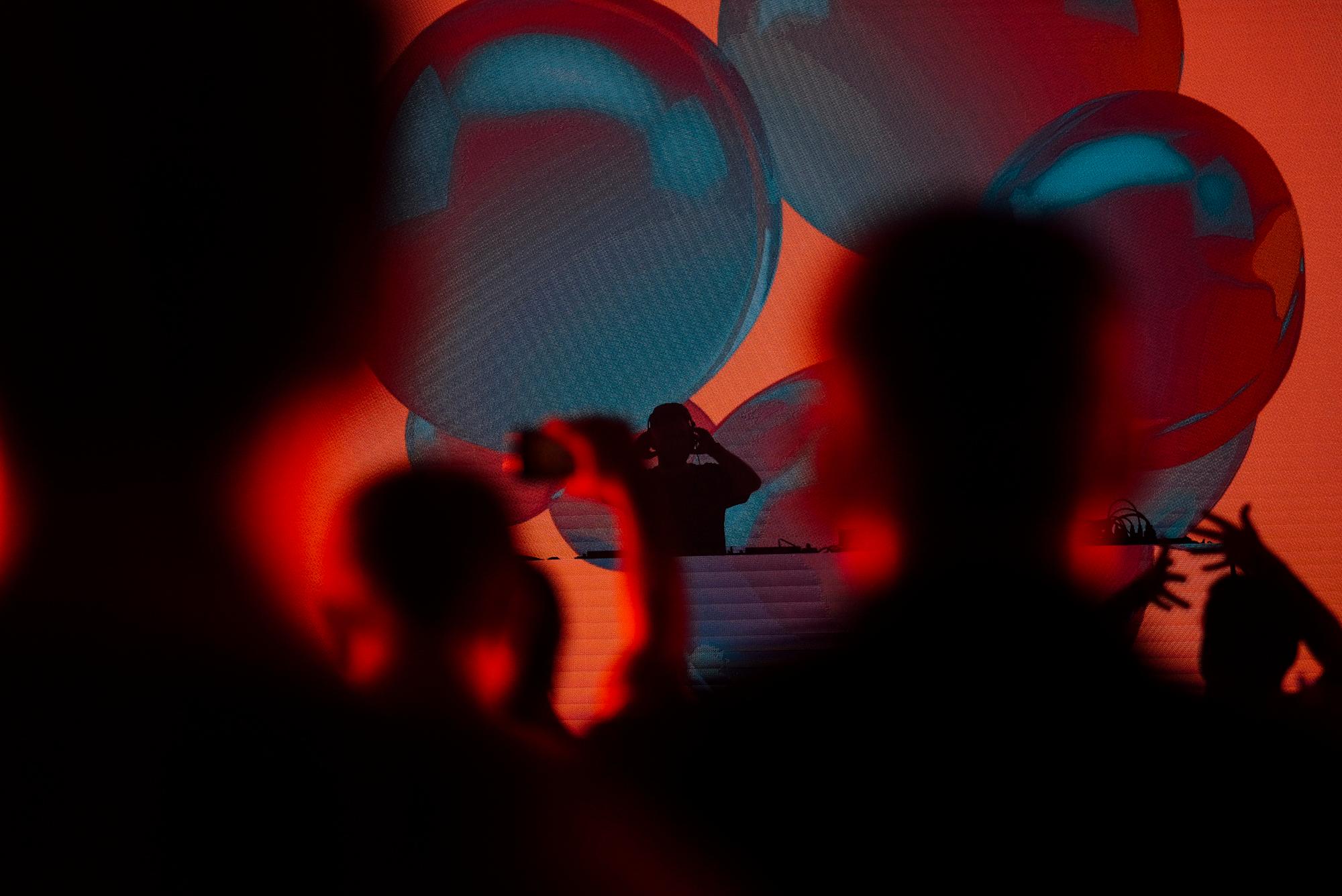 The festival expanded into new and previously unused spaces in the factory this year, and we designed most of its spaces and zones, including three stages: the main stage, the Boiler Room and the Red Light Radio Stage. We collaborated with Rhizome Architectural Bureau to design the Garden Stage. Additionally, as a special stand-alone project we created a large-scale kinetic light installation entitled Duel. 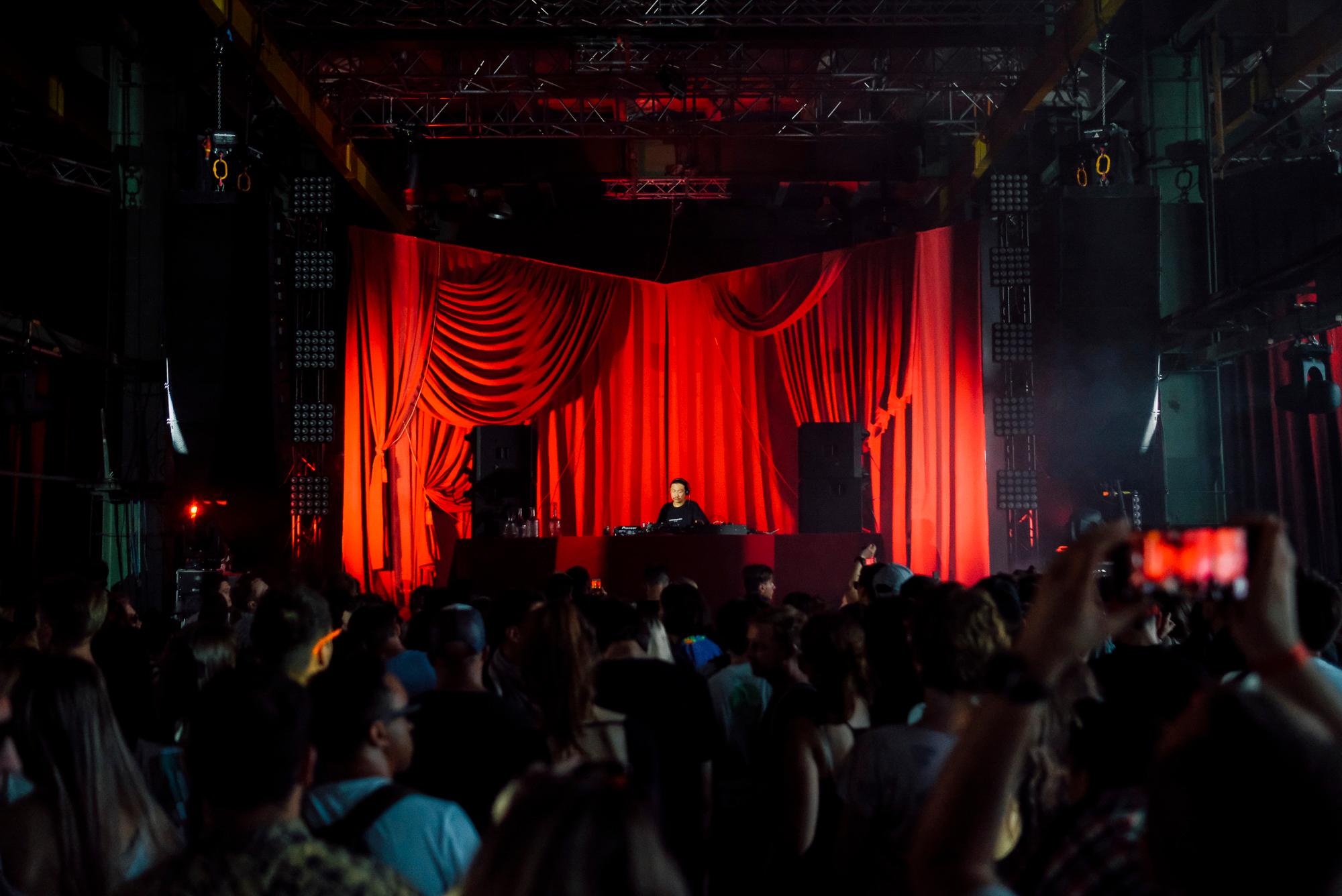 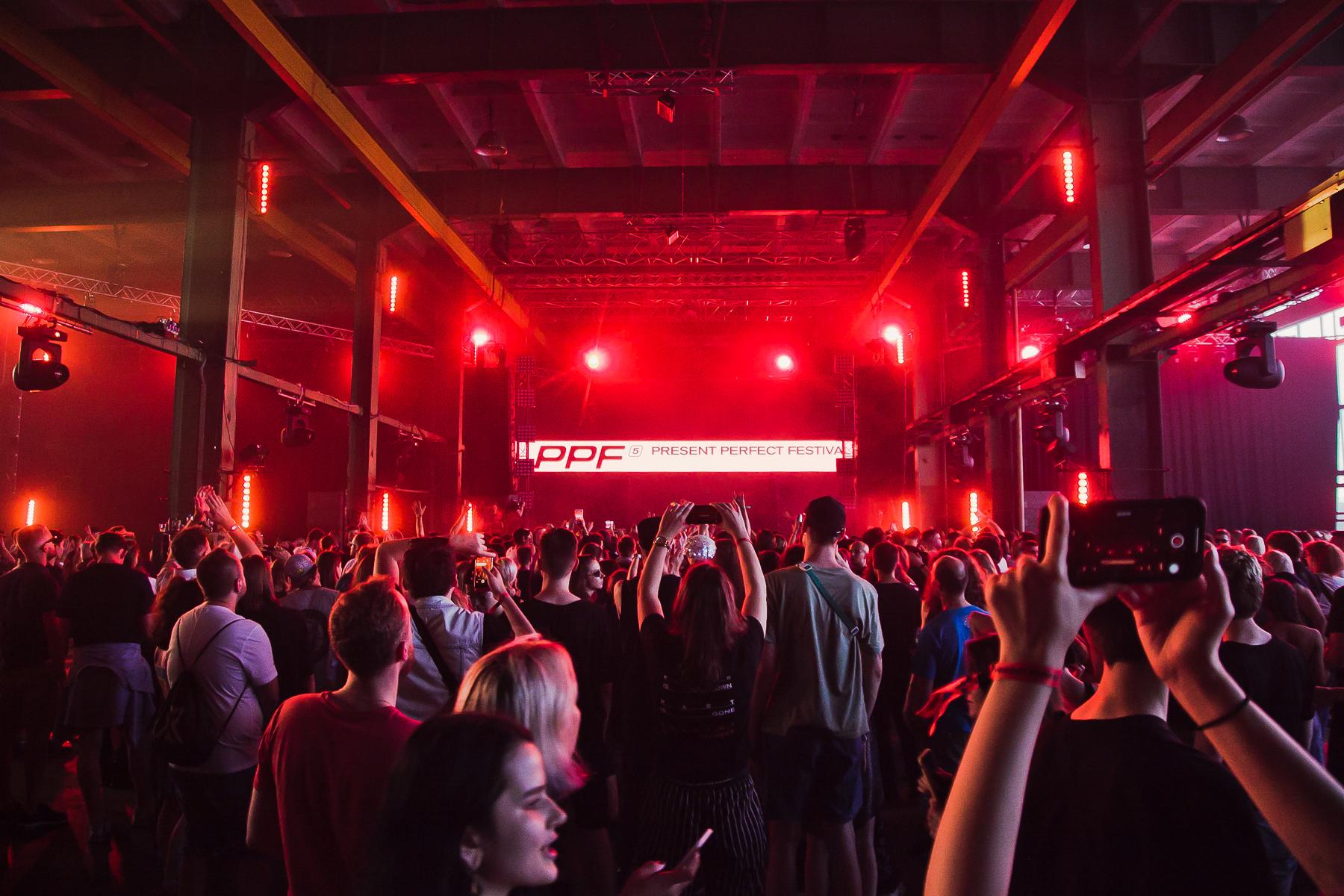 The theme for this year’s festival was “game.” This was understood as a mixture of collective and individual action in an illusory space, the form and content of which are determined by its participants and the game’s conventions. The game’s hyperbole and metaphors create a fictional world in which familiar objects and phenomena take on new and unusual forms. The game represents a rejection of pragmatism and strives instead toward idleness and inertia. It establishes connections between people and helps them see each other in a fresh light.

Different approaches to toy and game design served as inspiration in creating the festival’s infrastructure. Stages and zones functioned almost like the different sides of a multidimensional Rubik’s Cube, offering each visitor their own individual puzzle. Some spaces had direct thematic connections to toys and games, while others were devoted to more abstract and theoretical study of concepts and theories of play. 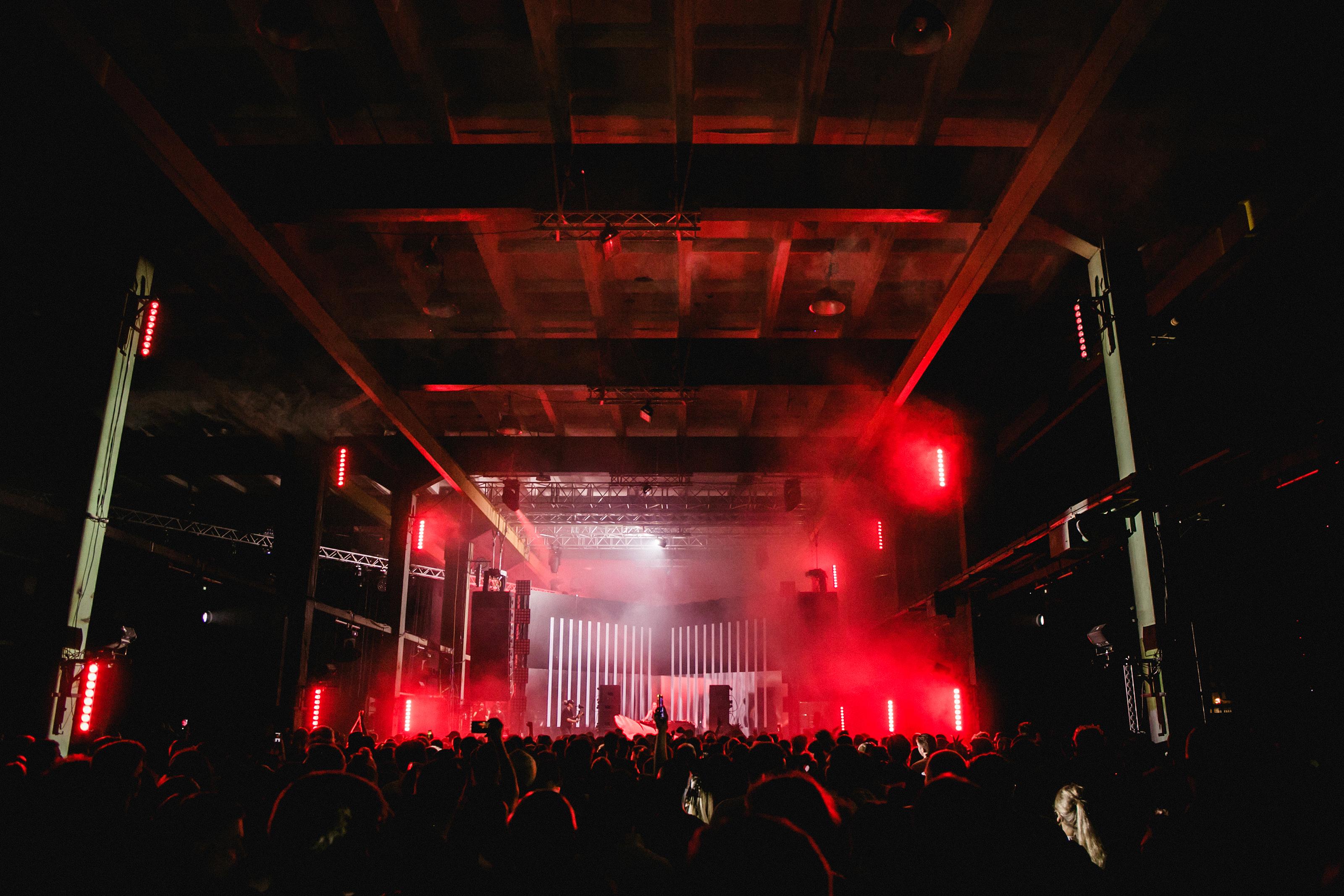 This year’s main stage was designed according to the rules of a theater. A swiveling stage platform made it possible to create seven different stage sets for performances, with just a few minutes needed to switch between them. The backdrops of the stage, as well as the light set ups succeeded each other according to the principles of theatrical production, creating a contrast between chamber performances and the artists’ culminating sets. 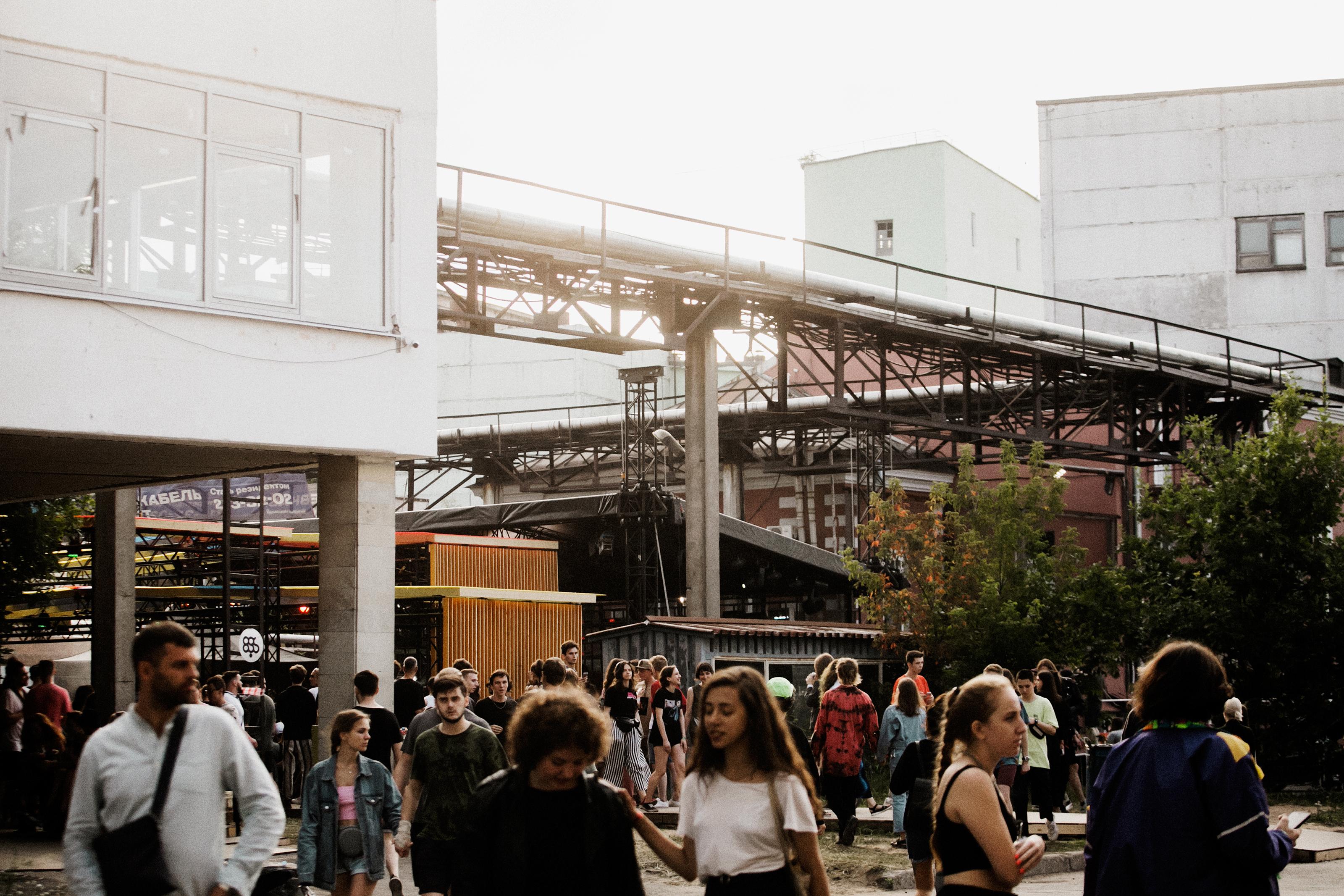 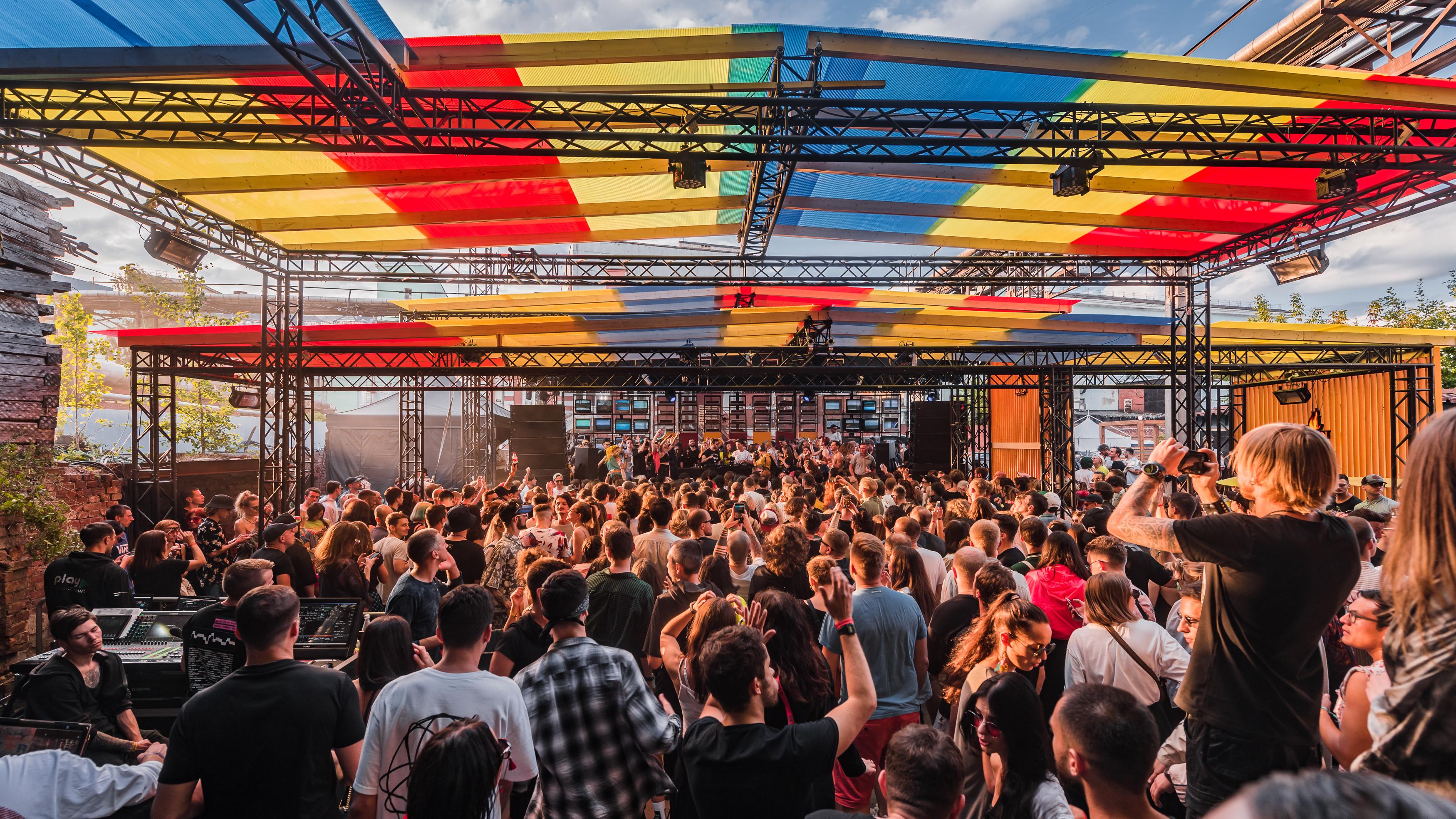 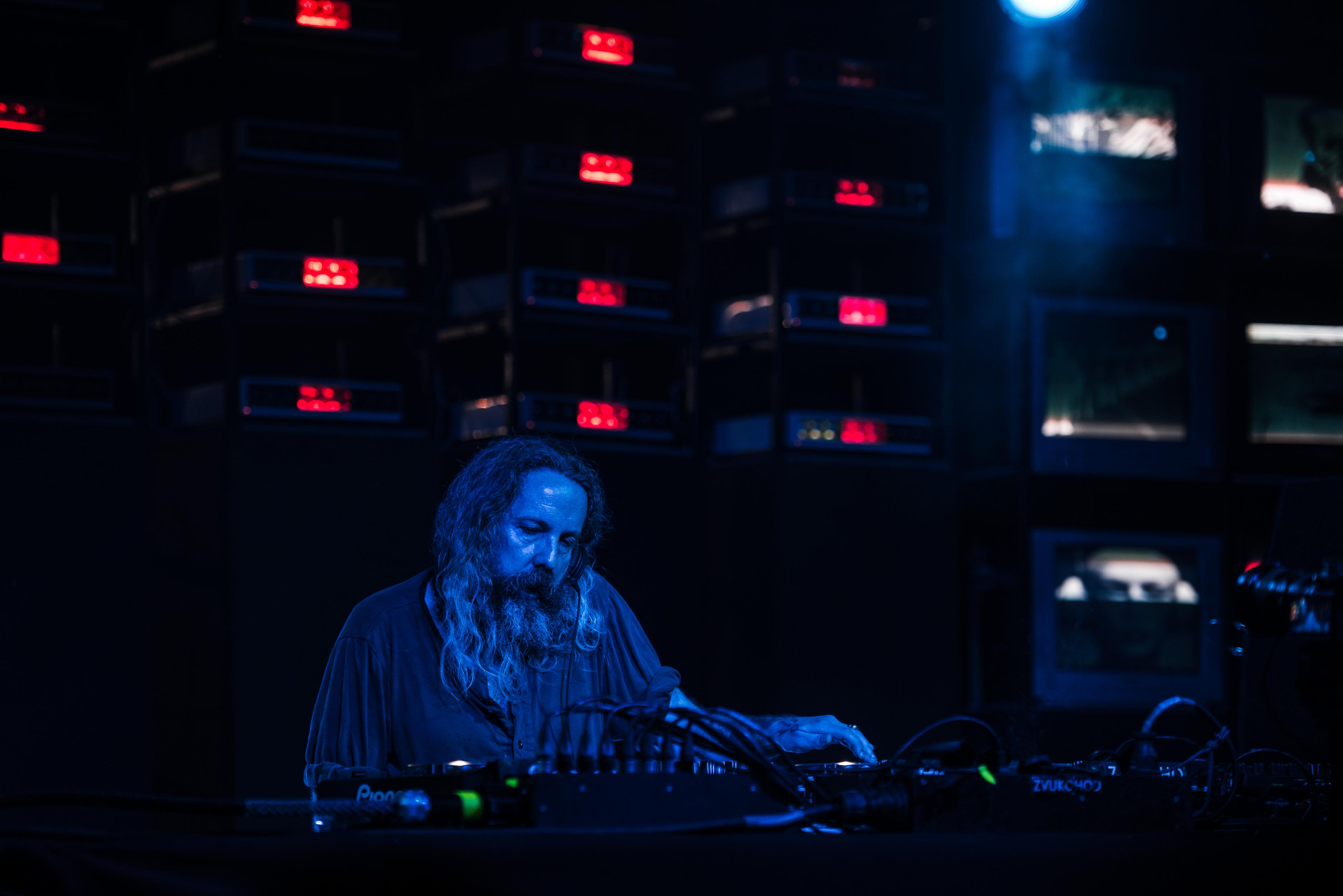 The Boiler Room stage was designed as a kind of a playroom one would want to return to even as an adult. During the day, sunshine passed through different levels of the roof and cast colored shadows on the dance floor. At night, the scene was full of lights produced by an enormous—almost museum worthy—collection of authentic “light-music” devices from the 1980s. The scenography’s nostalgic nature was complemented by artifacts and lighting fixtures from bygone eras that were placed on racks and shelves in the bar area. 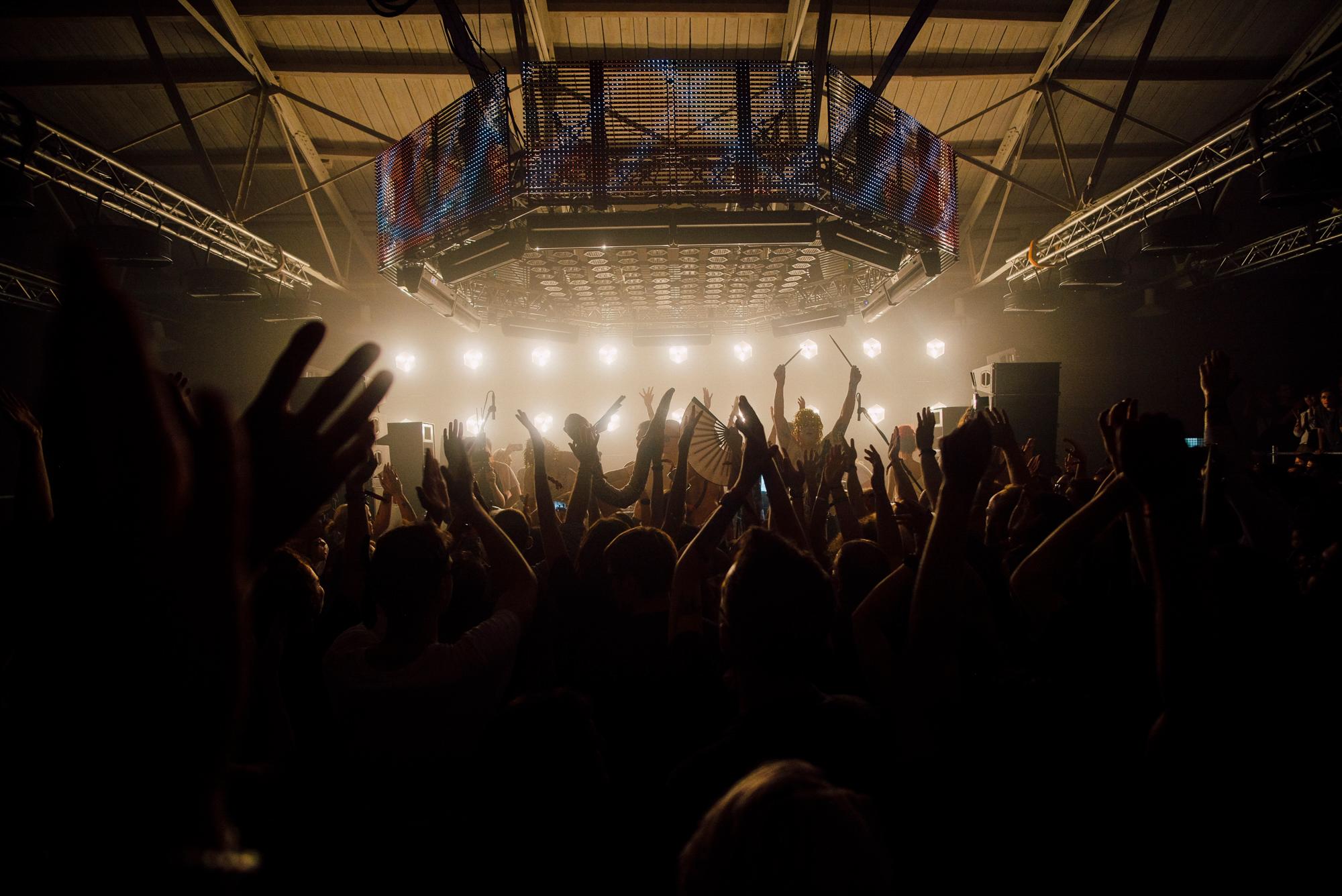 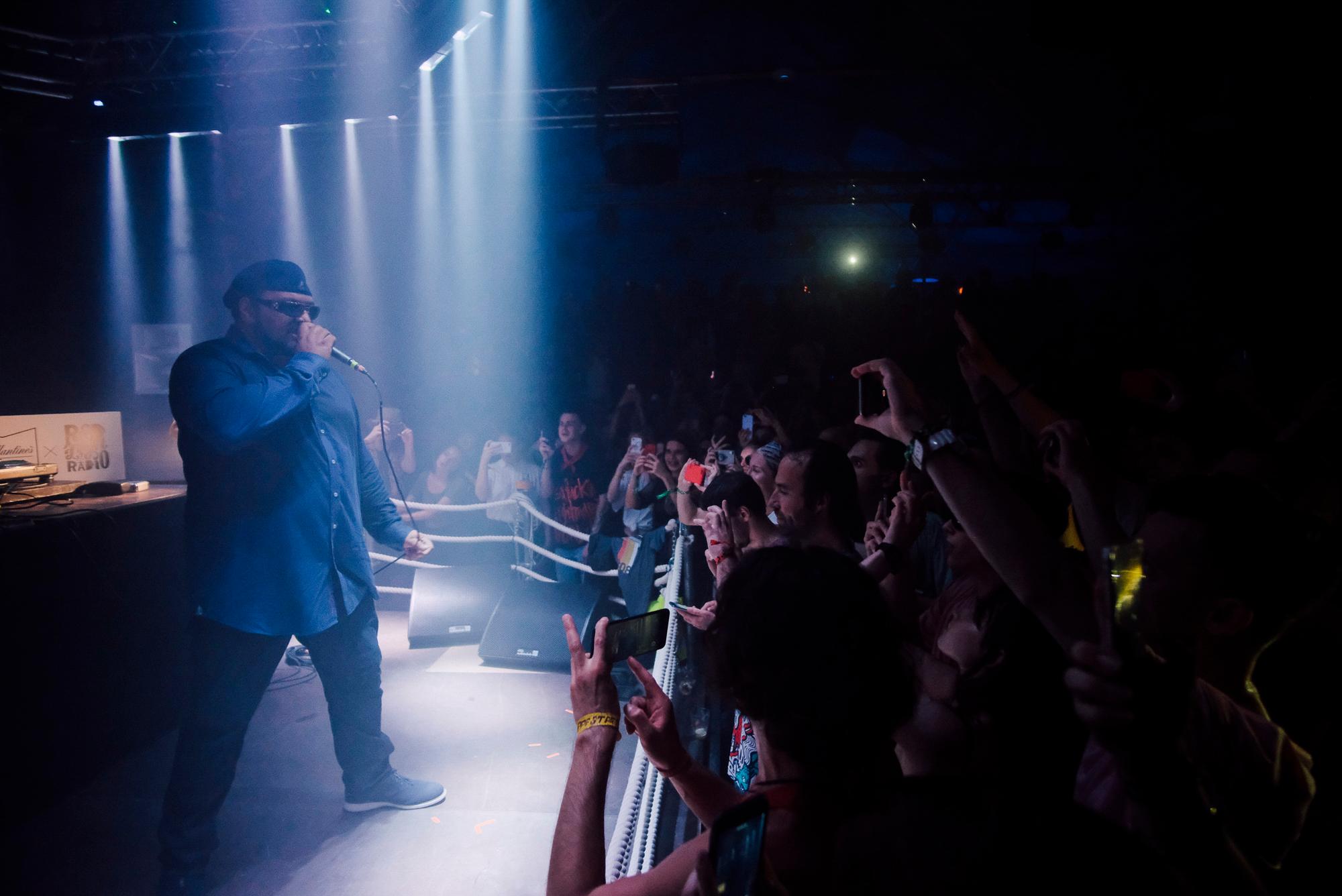 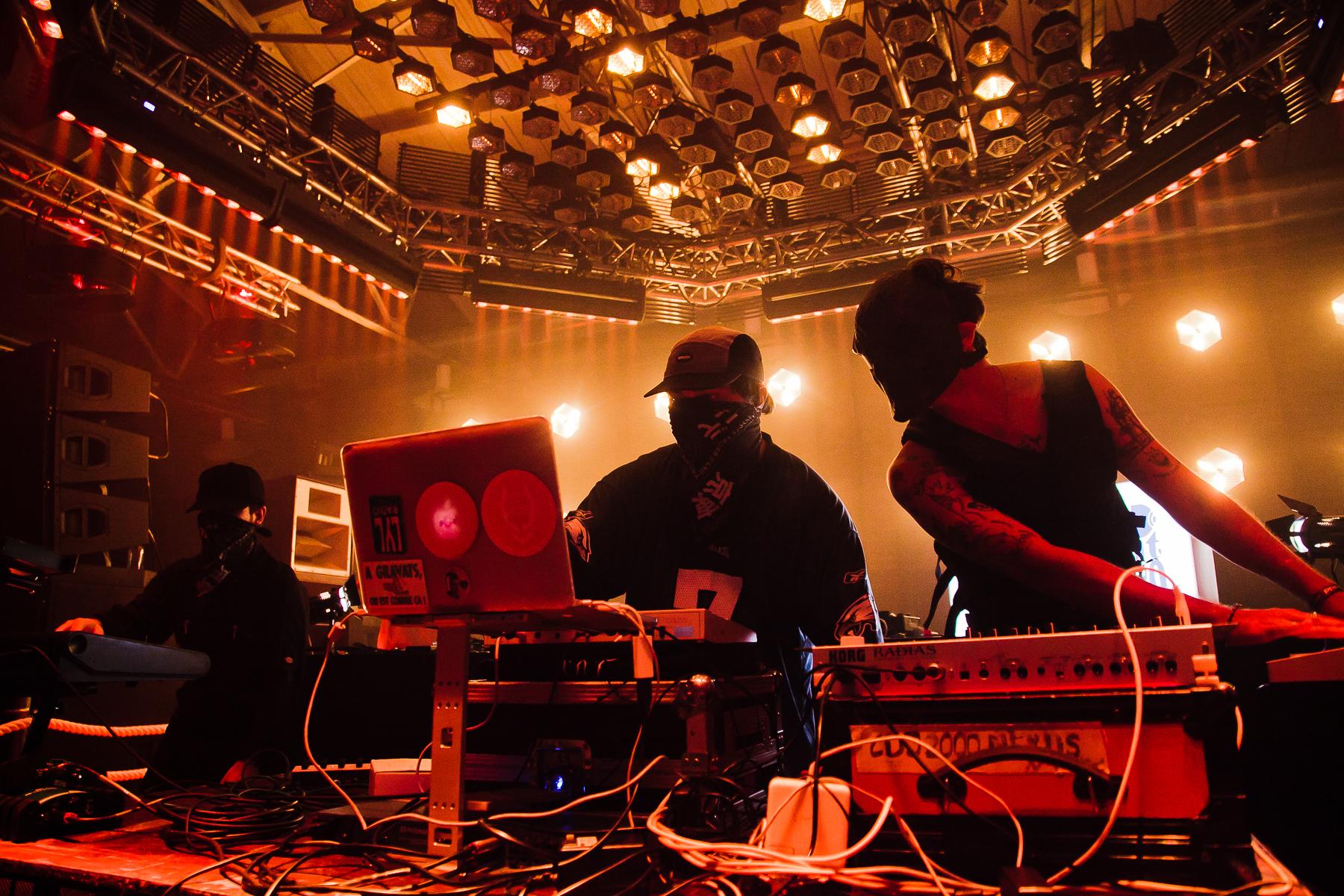 The Red Light Radio stage was located in the hottest part of the factory. Its interior and overall aesthetic were reminiscent of an underground fight club with tribunes, warm lights and, of course, a fighting ring. 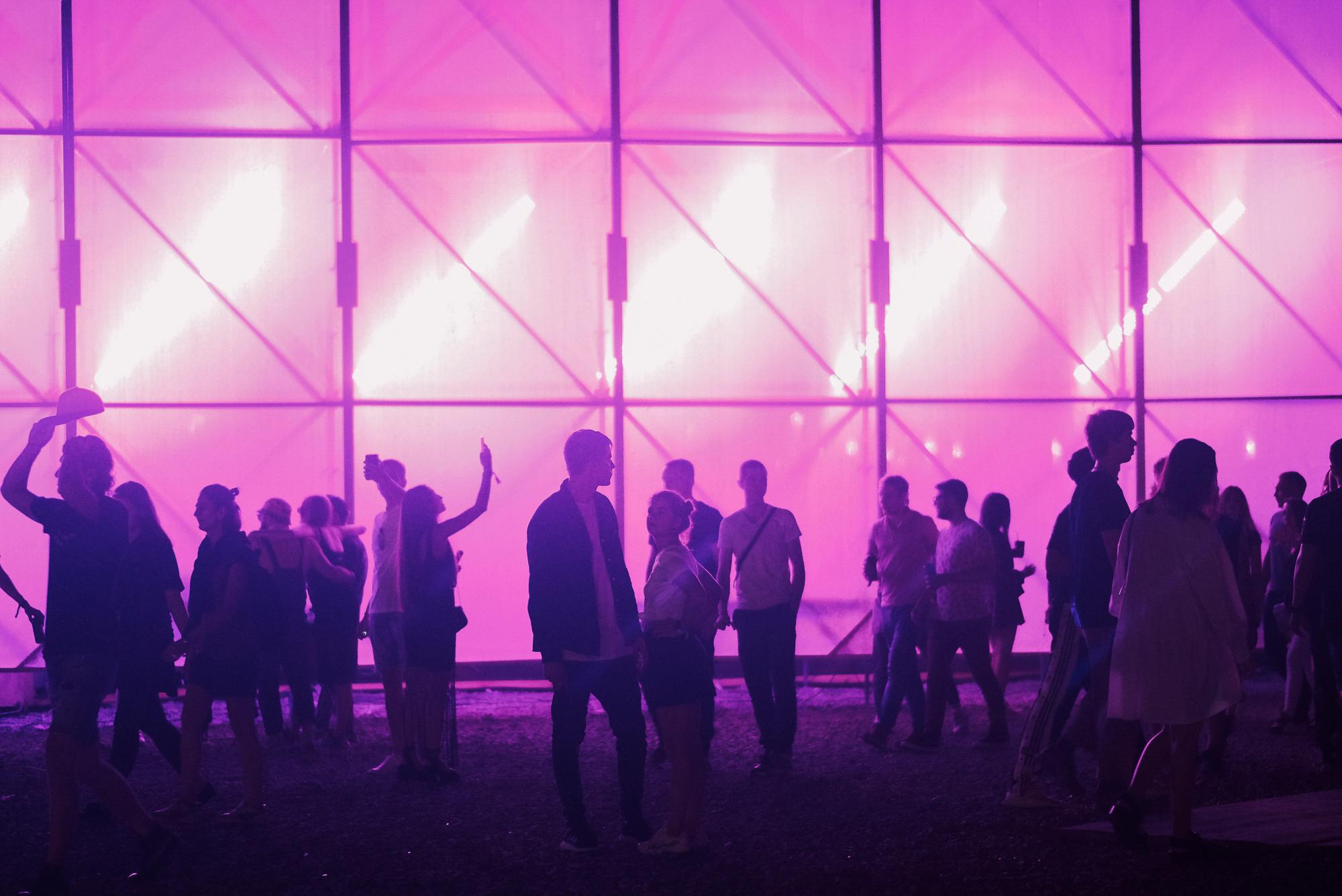 The main idea behind the Garden stage was to create an artificial futuristic garden that existed in harmony with real trees on the banks of the Neva River. This stage was created in collaboration with Rhizome Architectural Bureau. 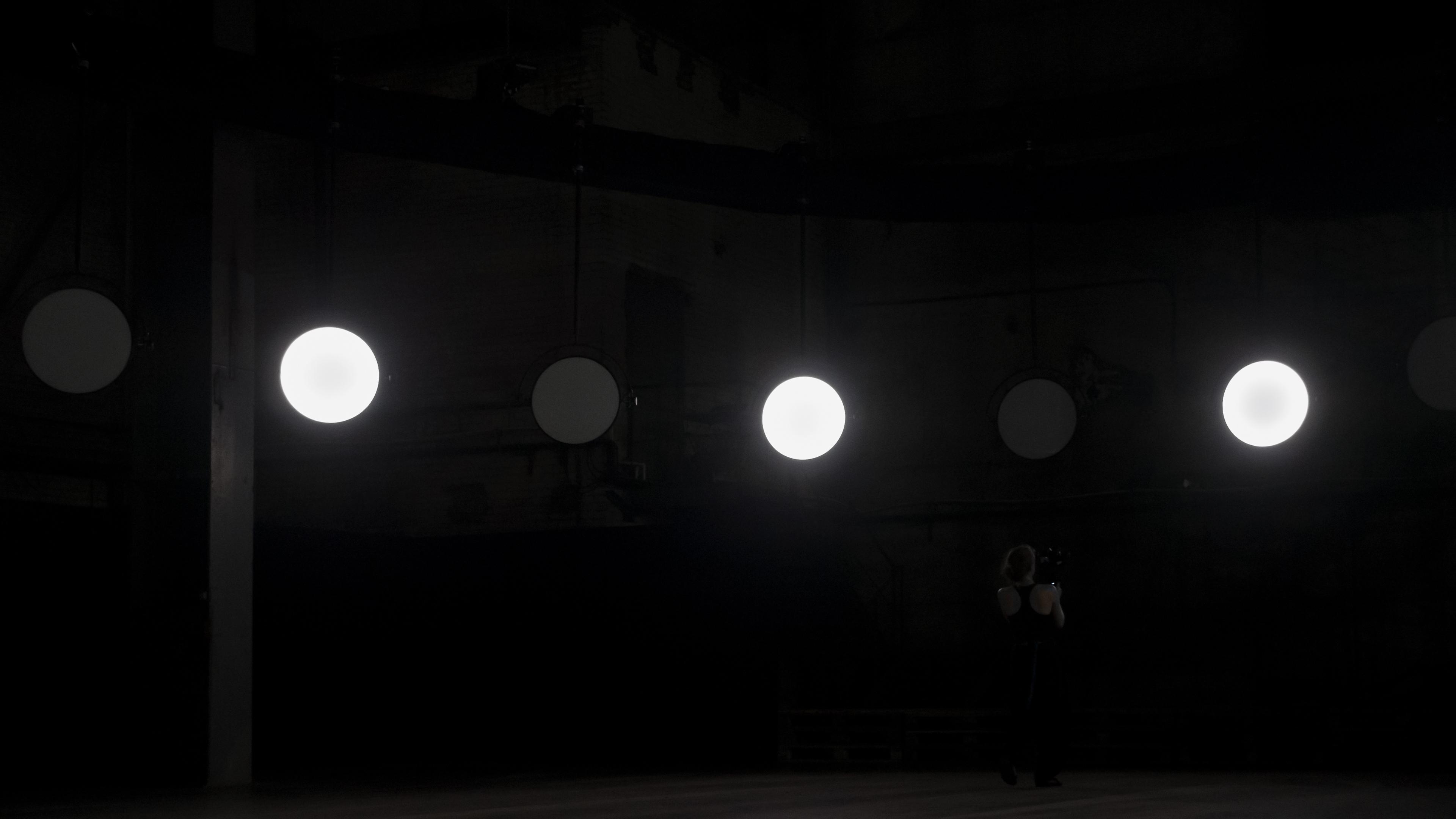 The kinetic light installation Duel occupied the space opposite the entrance to the festival. The installation’s main elements were 16 discs, all nearly flat and each with two opposite sides: one light and one dark. These motorized elements were fixed to a 30-meter-long structure assembled in the form of a parabola and then driven in a smooth synchronous movement by custom created software. The discs’ movement through the air created choreographed scenes with lights and shadows moving across space—the byproduct of a confrontation between two opposite and yet interconnected principles.