Schwarzwald is a light installation that was made as a part of the PUST project. The project reflects on events that took place from December 7 to 8, 1991, during which time the presidents of Russia, Ukraine and Belarus signed the Belavezha Accords, officially dissolving the Soviet Union.

The installation emphasizes the contrast between darkness and light, referring to the names of the last two primeval lowland forests in Europe—Schwarzwald (“schwarz” means black in German) and Belavezhskaya Puscha (“Belavezha” means white tower in Belarusian). It was inspired by the light that typically shimmers in the forest, whose glare takes on bizarre forms due to the rays that make their way through the leaves and branches, creating the sense of moving shadows and phantoms of forest creatures. 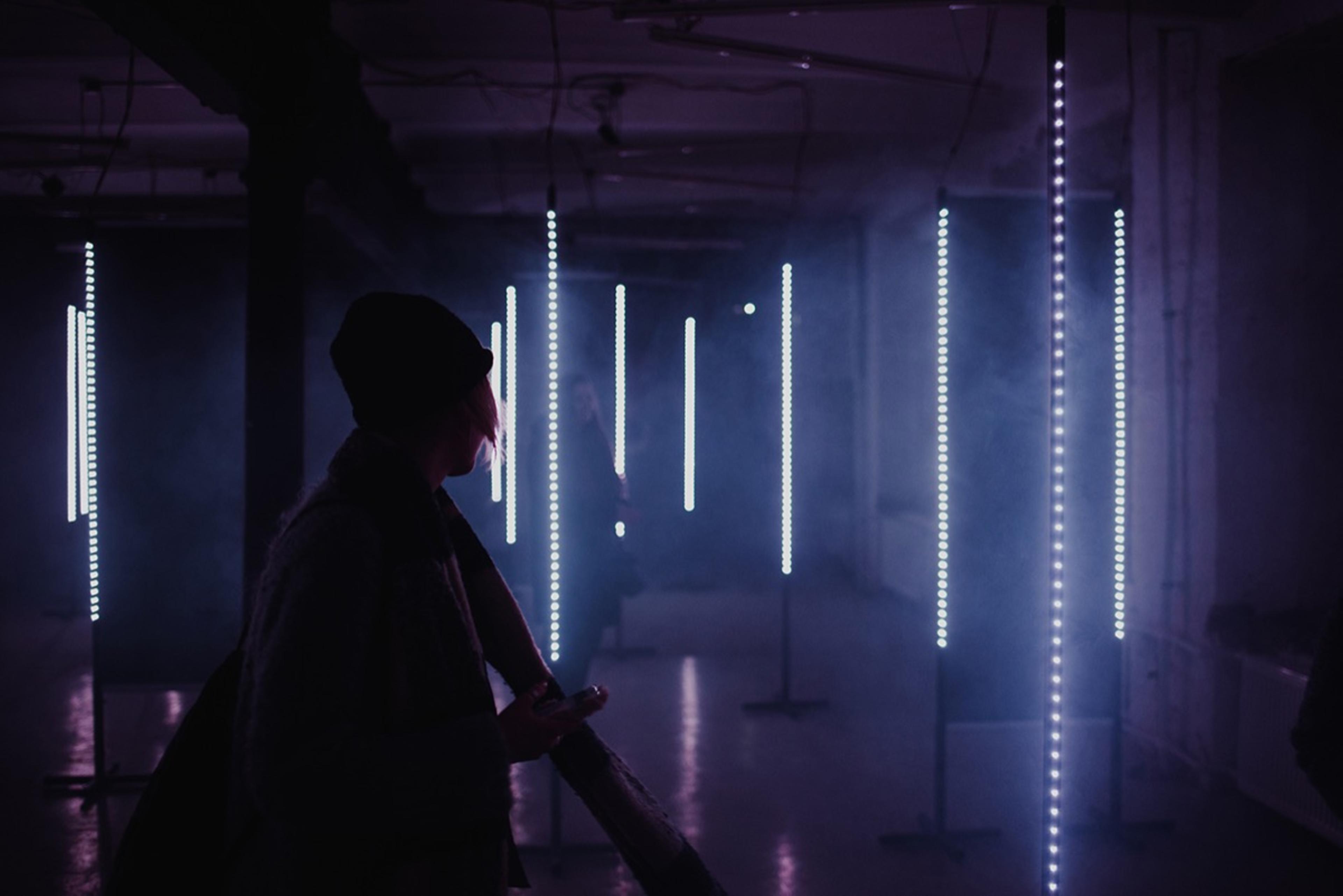 Together with the light installation, the interdisciplinary project included a contemporary dance performance, sound installation, objects and a multi-channel video that was made in the woods of the Belavezha Forest during the summer of 2017 and in Schwarzwald during a residency at ZKM Karlsruhe in September 2016. 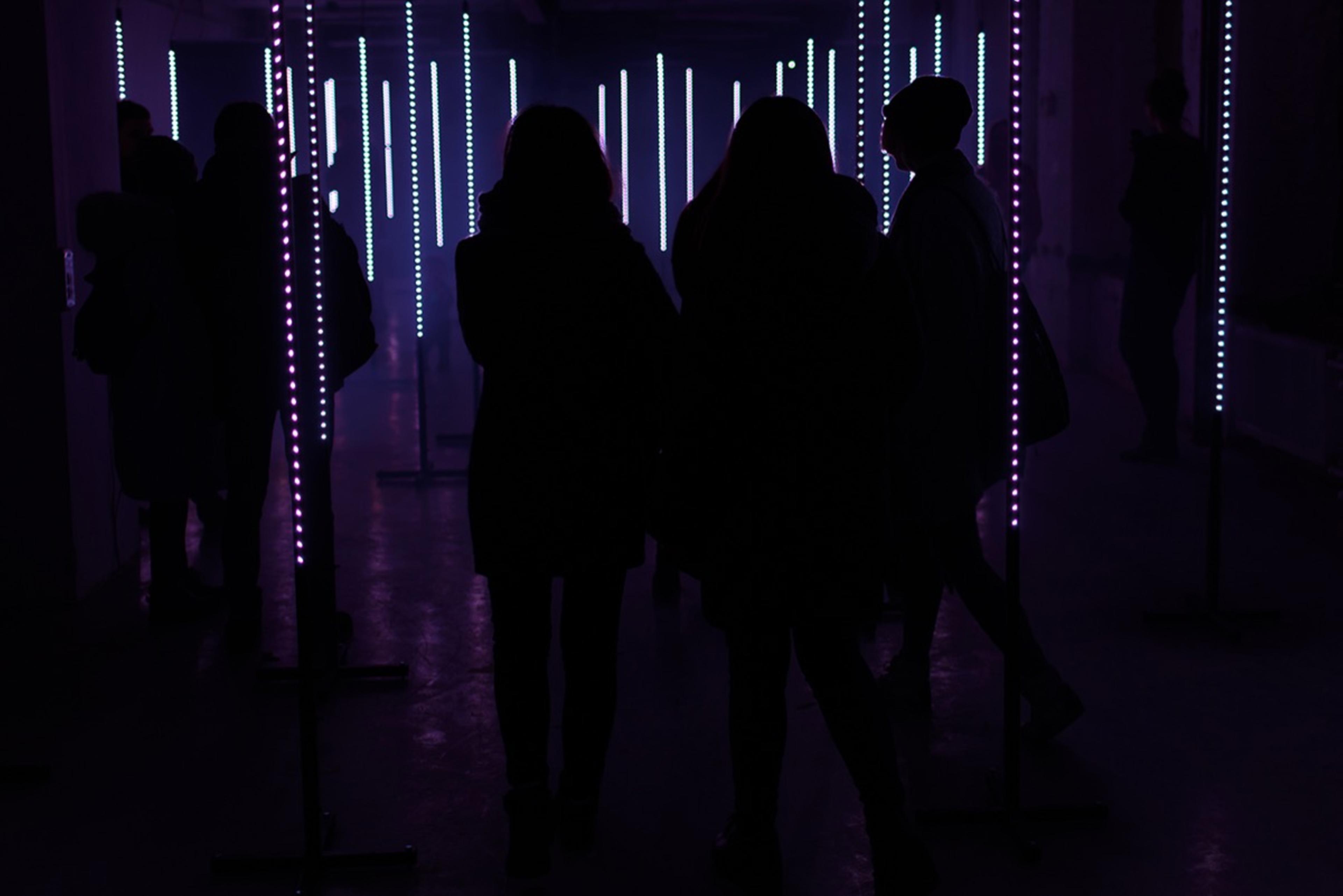 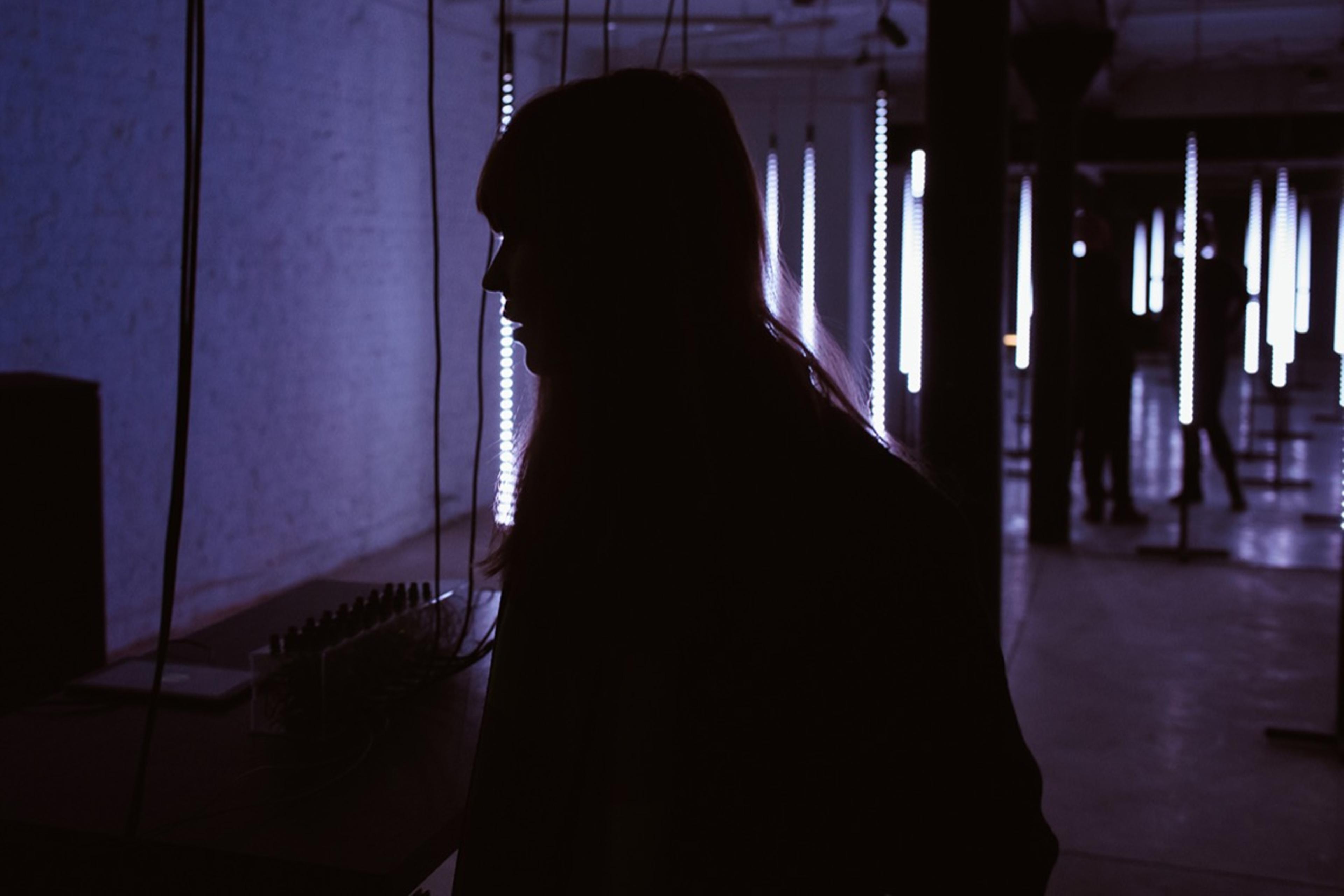 Schwarzwald acted as a stand alone object during the exhibition, providing scenography for the performance and allowing visitors to enter the conditional forest. It consists of 50 vertical custom built steel structures with Wi-Fi controlled LED-strips distributed throughout the gallery space. Screens for multi-channel video were integrated into the installation.

PUST is the resulting project of the Interdisciplinary Laboratory—a large-scale project of Goethe-Institut Eastern Europe and Central Asia. It took place from November 23 to 26, 2017 in St. Petersburg, Russia.